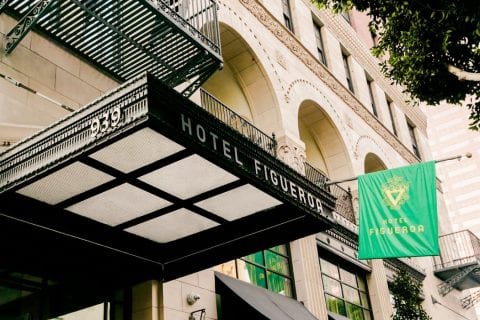 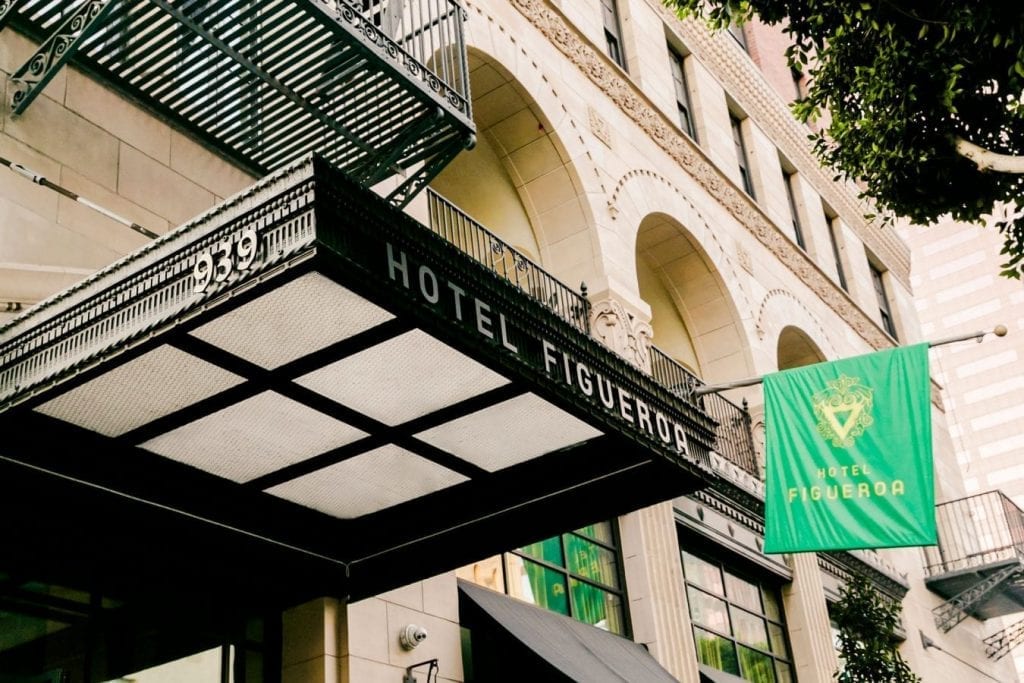 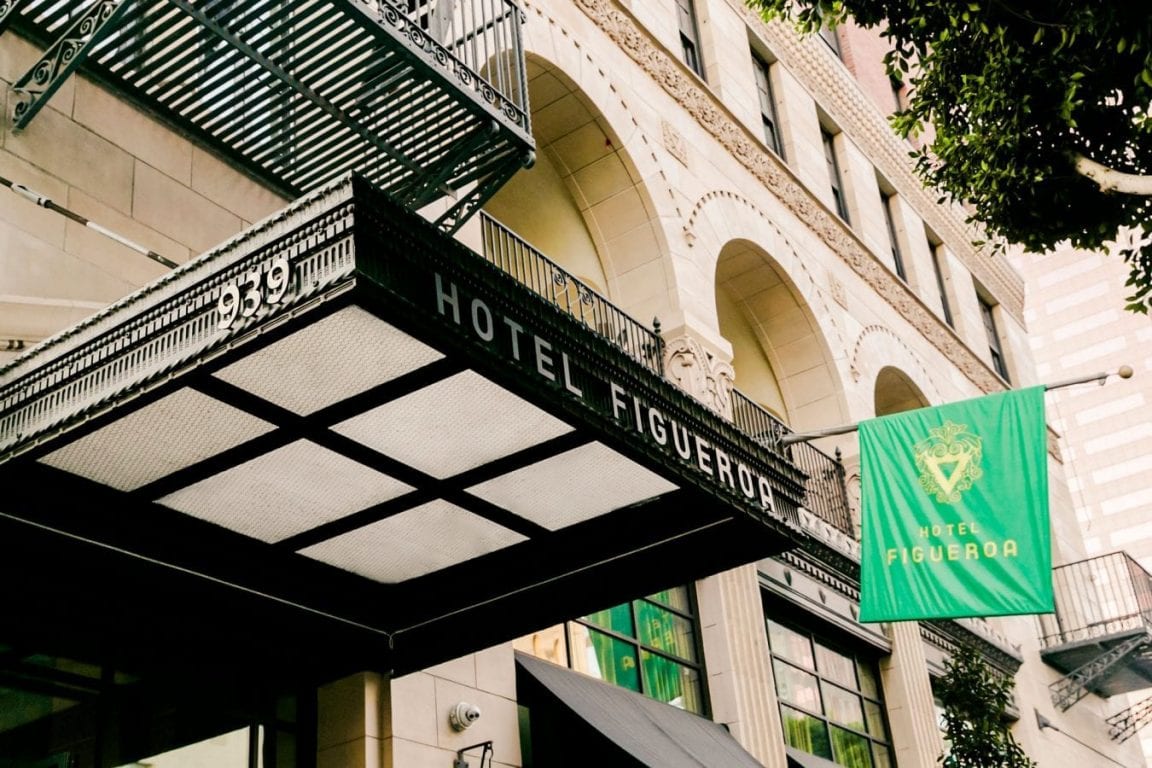 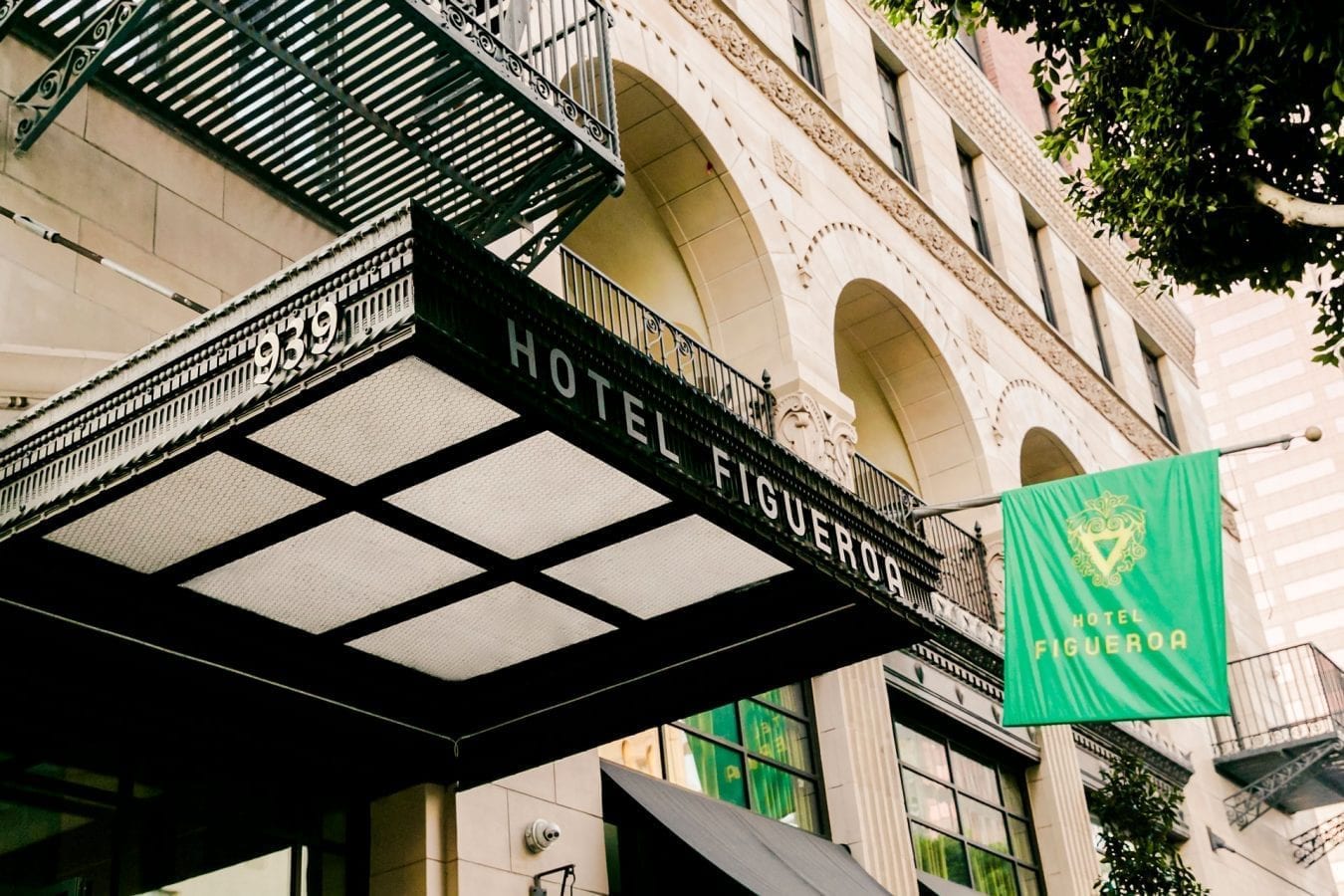 Newly restored to its original Spanish Mediterranean glory, Hotel Figueroa offers a truly original guest experience in Downtown Los Angeles, the most dynamic neighborhood in one of the world’s greatest cities.
Founded in 1926 as a women’s business hotel—a boldly progressive concept nearly a century ago—the Figueroa has endured as an emblem of change through the decades, building on its fascinating history to distinguish itself as a gathering place for forward-thinkers and the creative set. This singular reputation allowed the hotel to survive the tumultuous history of Downtown Los Angeles.

Now, as DTLA continues to undergo a renaissance that’s transformed it into the city’s buzzing cultural epicenter, Hotel Figueroa has re-emerged as a living symbol of DTLA’s past, present and future. With 268 artfully reimagined rooms and suites spanning 14 floors, it’s a luxe oasis in this booming neighborhood, with a lushly landscaped courtyard featuring the only ground-level hotel pool in DTLA. Our five F&B outlets—including Breva and Veranda, our two destination restaurants—offer everything from casual poolside fare to high-end dining and bespoke cocktails, attracting visitors and locals alike.

Meanwhile, a carefully curated array of amenities, coupled with our sophisticated, relaxingly refined room design and gracious, genuine service, make our guests feel at home both within the hotel’s storied walls and in the beloved neighborhood to which we’re indelibly linked. DTLA’s creative spirit endures as an integral part of Hotel Figueroa, as evidenced by our original art program that celebrates the work of L.A.’s best emerging and established female artists.

Only at the Figueroa can you find a uniquely luxurious guest experience steeped in history, culture and peerless service in the beating heart of Downtown Los Angeles. Come discover what the buzz is all about.