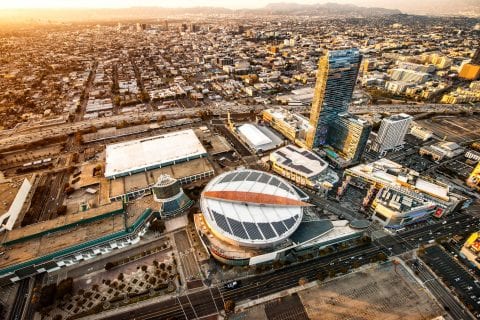 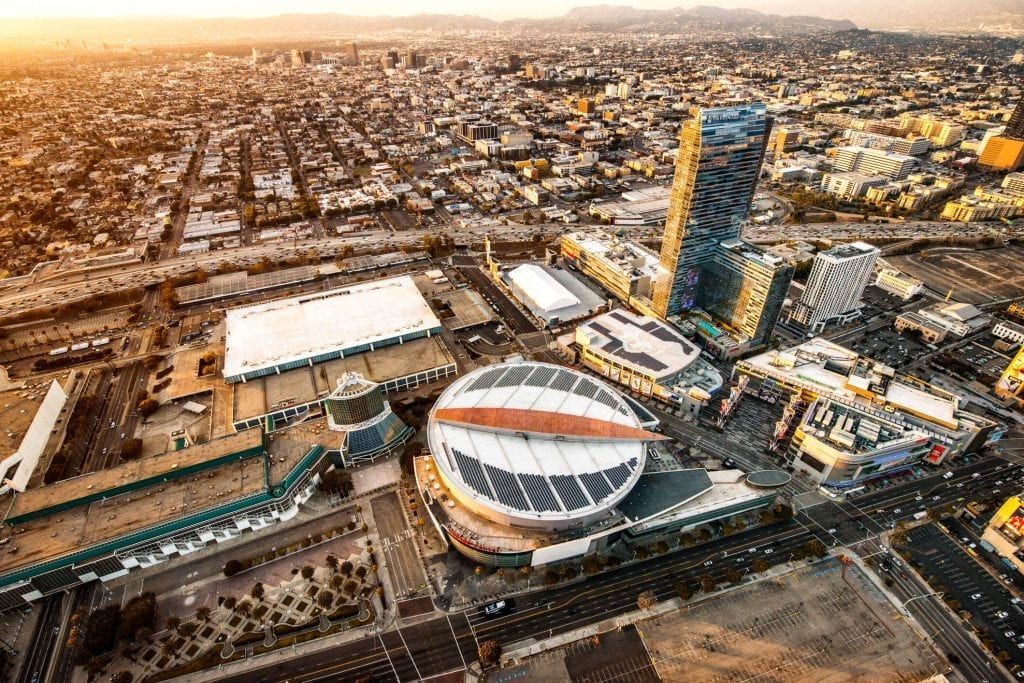 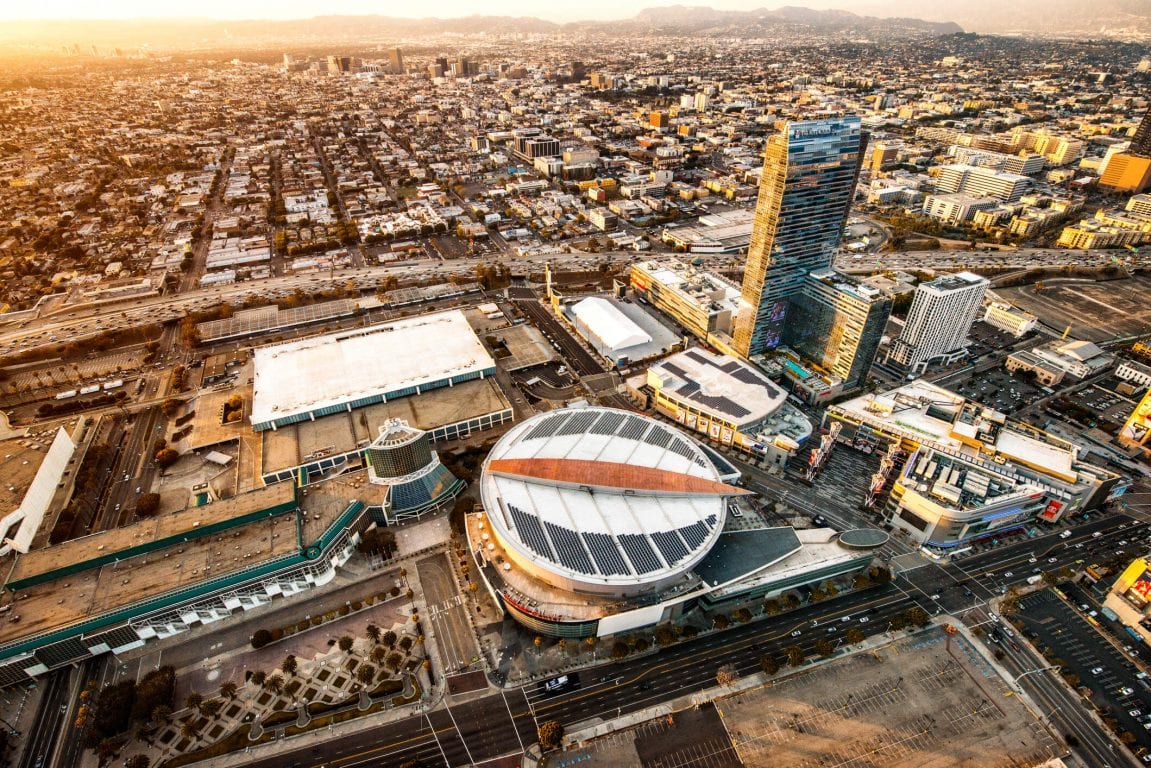 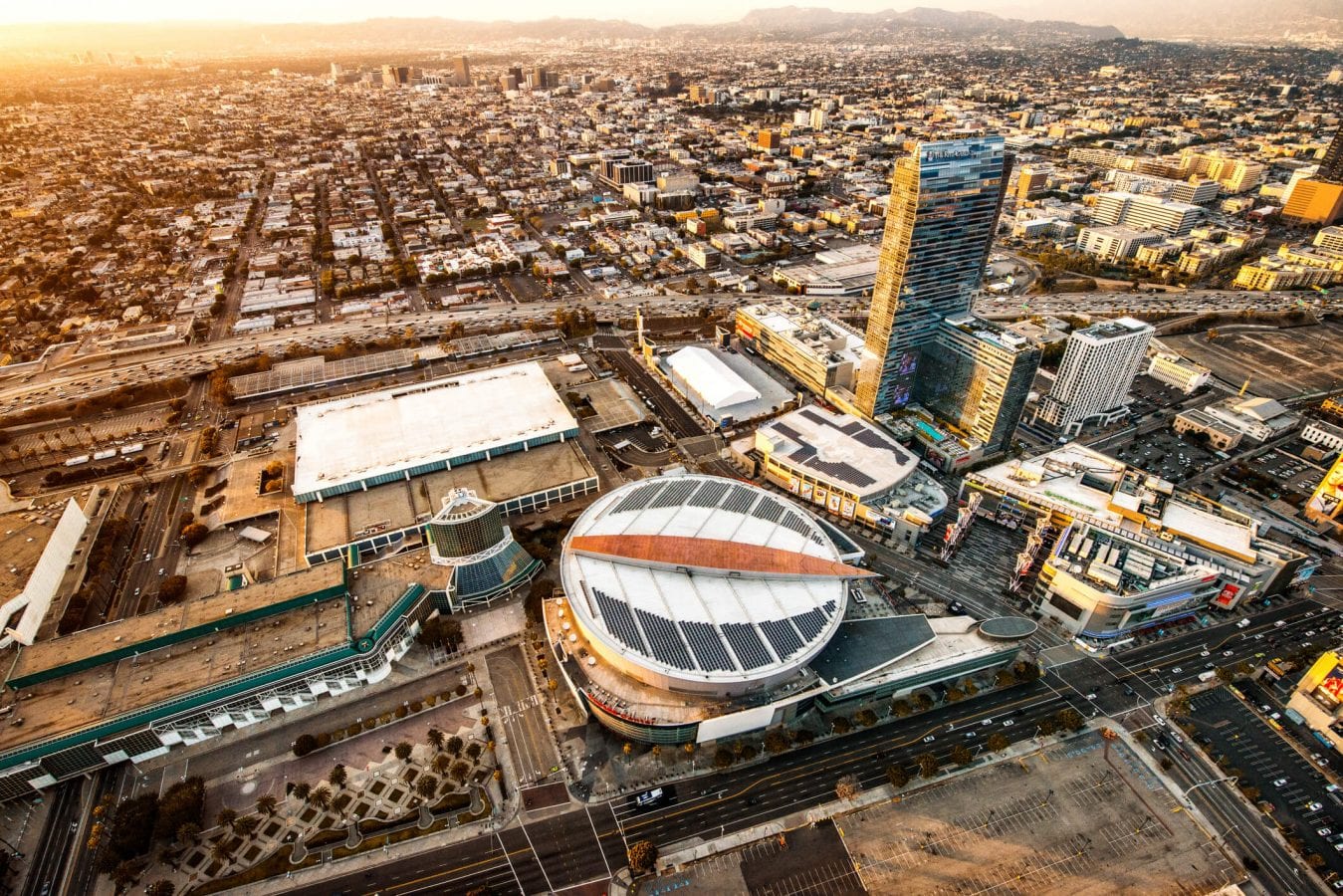 The City of Angels is one of the global capitals for entertainment, so it’s no surprise that it’s home to a state-of-the-art performance venue like the Staples Center. Host to some of the city’s most important games, concerts and events, it’s a veritable destination in its own right. Hotel Figueroa, one of the few hotels near the Staples Center in Los Angeles, is conveniently located just a block from the massive arena.

Heading to a game or concert at Staples Center? Hotel Figueroa is a two-minute walk down Figueroa Street to the stadium. Opened in 1926, it’s been an iconic structure on the street for over 90 years. Closed for renovations since 2015, it has reemerged as dynamic hub of creativity, inspired by its original Spanish Colonial designs and socially-progressive heritage. Discover more about our Staples Center Hotel.

All About the Staples Center

Opened in October 1999, the multi-purpose Staples Center has become the event venue for Los Angeles, bringing four million revelers a year to South Figueroa Street in Downtown LA. During basketball season, both the Los Angeles Lakers and Clippers play their home games here—making it the only stadium in the country that’s home to two NBA teams. It also hosts the WNBA’s LA Sparks, plus NHL’s LA Kings. Since 2000, it’s hosted nine major championships as well, including memorable wins for the Lakers in 2000 and 2010, and for the kings in 2012 and 2014.

And as one of the country’s top music venues, it’s also the official home to the Grammy Awards, bringing the world’s most celebrated musicians under one roof in DTLA for one, always-memorable evening.