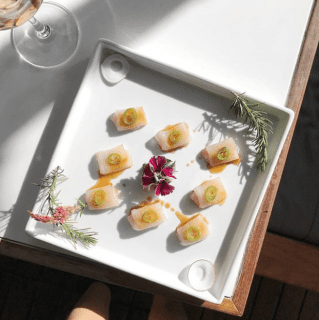 L.A. is one of the most exciting cities in the world, full of art, culture and entertainment. Want to visit the epicenter of it all? Check out L.A. Live, a live entertainment and sports district in downtown Los Angeles that is packed with options. From nightclubs to museums to movie theaters and more, L.A. Live is the place to go in town if you want to be entertained, catch thrilling games or simply revel in all that Los Angeles has to offer. Here’s what you should know about L.A. Live before you head there.

If you visit L.A. Live, there are certain attractions that you can’t miss. Here are some of the best.

STAPLES Center is a sports arena that hosts four of Los Angeles’s best sports teams: two NBA teams (the Lakers and the Clippers), an NHL team (the Kings) and a WNBA team (the Sparks). The STAPLES Center is converted from a hockey rink to a basketball arena depending on which team is playing there, and it can also be turned into a concert venue, hosting the likes of Beyonce, Justin Bieber, Prince, The Rolling Stones and many, many other musical artists.

Music aficionados will appreciate a tour through the GRAMMY Museum — the museum at L.A. Live dedicated to the annual awards ceremony hosted by the Recording Academy. The GRAMMY Museum has a slew of regular exhibits and touring exhibits. Some examples of exhibits at the museum include a permanent exhibit on Michael Jackson, a temporary exhibition on John Coltrane and a celebration of Cheech & Chong. Exhibits at the GRAMMY Museum are interactive and incorporate multimedia — expect less reading and more listening.

Revel in the neon lights of Microsoft Square — a 40,000-square-foot, open-air space that features six towers that are 75-feet tall and adorned with LED signage. Think Times Square, but in Los Angeles, and a lot less chaotic. Microsoft Square is a place for people to gather in the heart of L.A. Live, and it also is the location of several red carpet events, a farmers market, evening concert locale and more.

The Microsoft Theater is one of the main attractions at L.A. Live. It is a 7,100-seat concert venue where many concerts and awards shows are held. Check with Hotel Figueroa’s concierge team or the schedule for the Microsoft Theater when you’re in town for tickets to one of your favorite acts or artists. The Theater hosts more than 120 events per year.

Where to Eat at L.A. Live

For a more straightforward American menu, check out Rock’n Fish, a bustling eatery known for steaks and seafood. Rock’n Fish is also known for outstanding artisanal cocktails, so it’s a good place to stop if you’re looking for a happy hour drink or a late night beverage.

When you want close the night within a hidden oasis, head back to Hotel Figueroa for poolside dining at Veranda. A light and fresh, Coastal Mediterranean menu makes abundant use of seasonal and locally sourced ingredients. The bar takes its queues from European cafe culture with the Aperol Spritz, Milano Torino and other poolside friendly cocktails.