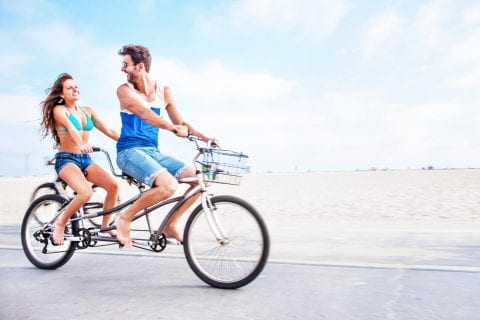 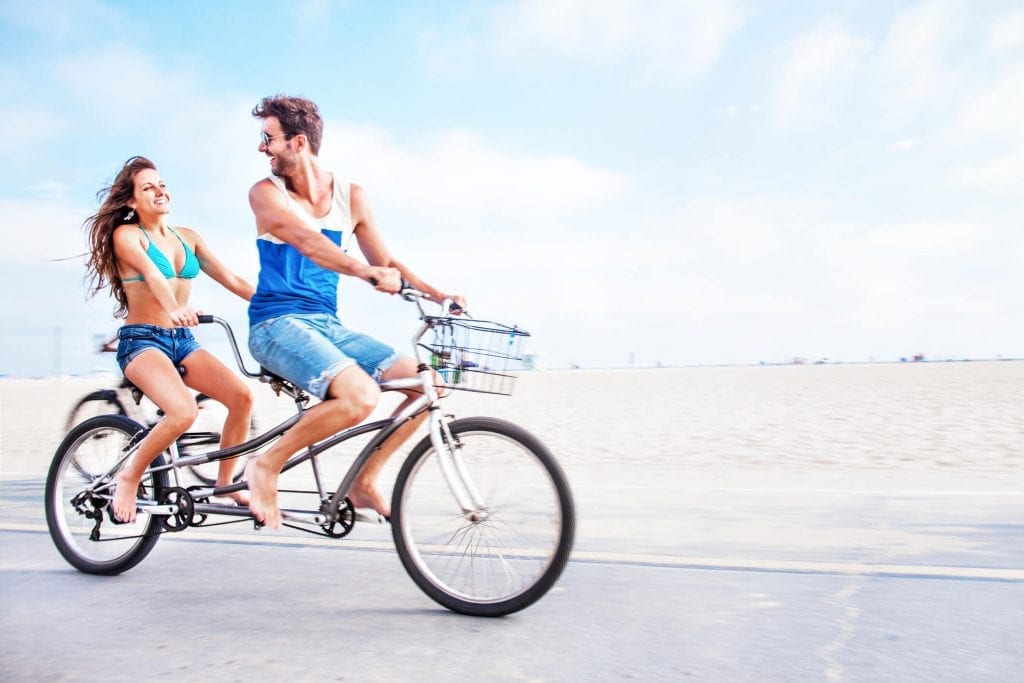 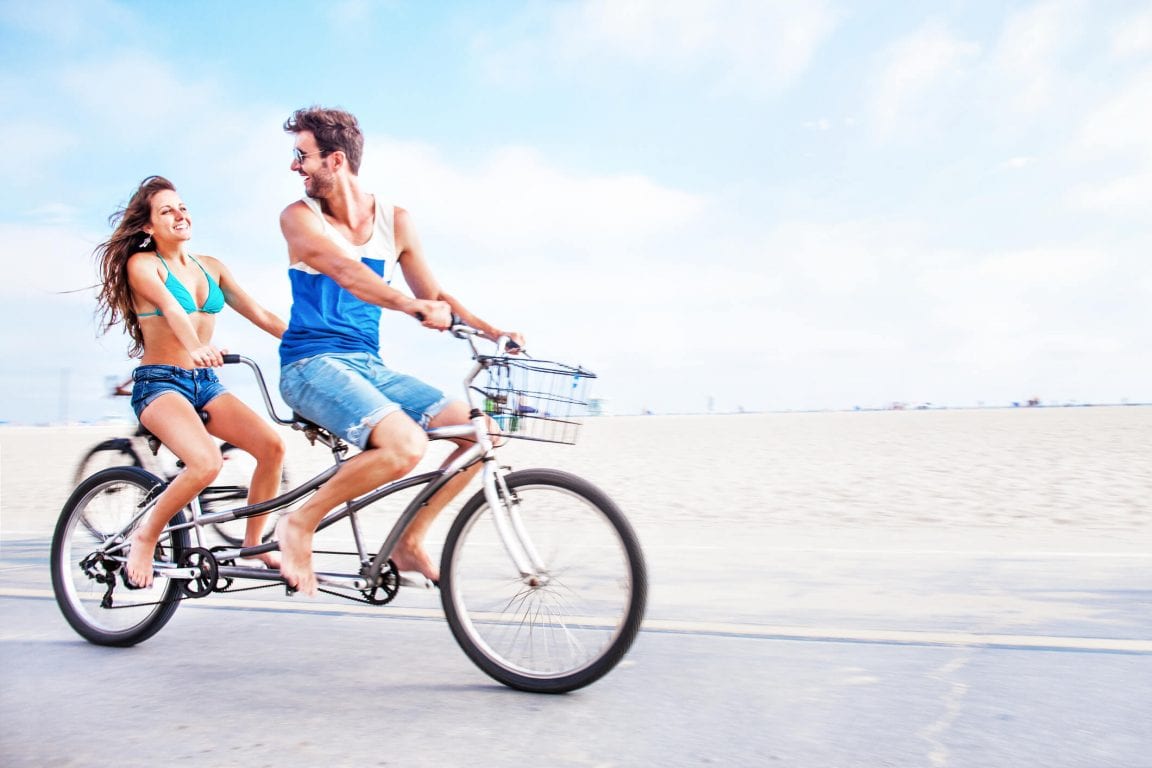 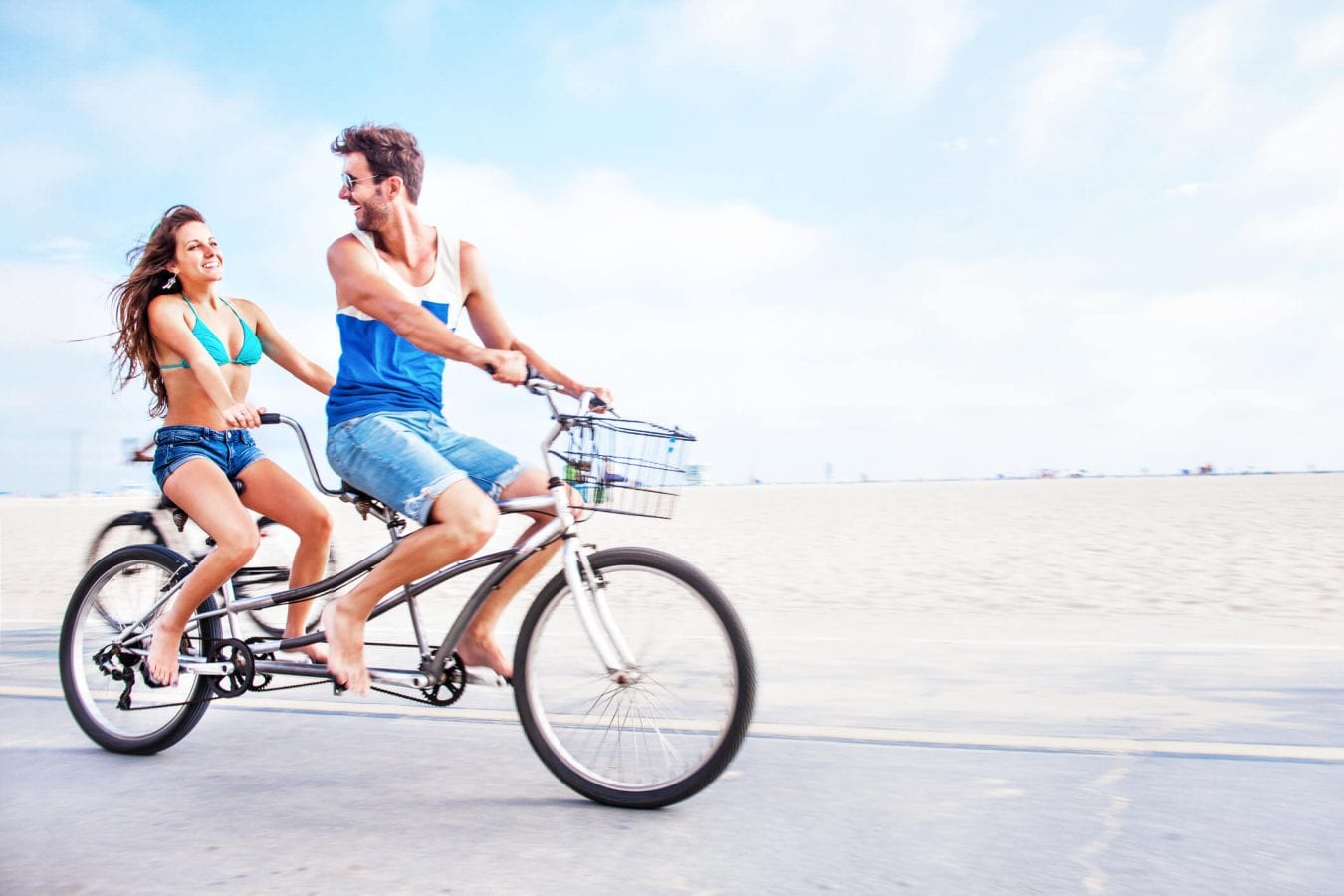 LA is notorious for being a car-only city. Its busy freeways wrap wide circles around the distinct neighborhoods, and, lacking a comprehensive subway network, getting around without a set of your own wheels can feel impossible. Unlike other major metropolises like New York and London, cyclists are a rare breed here. But there’s hope. In certain pockets of the city—like spacious, car-free Griffith Park, for example—cyclists can roam free. Here’s a look at the best biking routes in LA.

Griffith Park is the backyard to several prominent east LA neighborhoods, like Los Feliz, Glendale and Atwater Village. In it, you’ll find hiking trails galore (and even a few folks on horseback!). But biking may be the best way to enjoy this secluded green haven behind Hollywood. To reach the popular Mount Hollywood Trail, start at the corner of Griffith Park Drive and Mount Hollywood Drive. The 4.5-mile route takes you up 800 feet over the city on wide, paved, and mostly car-free paths. Sure, it’s a bit of a workout, but then again, you’re on a bike. Once you get to the top, you’ll be right at the entrance to Griffith Observatory, so plan on budgeting an hour to take in the views from the iconic viewing station.

Looking for a ride with a beachy view? Stretching more than 20 miles along LA’s Pacific shoreline, The Marvin Braude Bike Trail, better known as The Strand, is a paved bike path that takes you from Pacific Palisades by Malibu through Santa Monica, Venice Beach, Marina del Rey, Manhattan Beach, and Redondo Beach, ending at the base of the Palos Verdes Peninsula Hills. It’s a sun-kissed beltway that makes for a fab day trip.

There are few bike paths in LA as serene and easy as Ballona Creek. The 7-mile trail originates at a leafy park in the middle of Culver City, so you’ll need to drive with your bike to get there from downtown. Once you begin, though, it’s smooth sailing all the way out to Playa Del Rey. The creekside path, which occupies an old service road from the 1930s, is a rewarding plunge into LA’s quieter side. And with handy amenities like benches, drinking fountains and murals along the way, it’s suitable for beginners, too.

The micro-hood of Frogtown is wedged underneath the 2 and the 5, and runs parallel to the LA River. As a result, it’s a paradise for bikers, as the scenic Los Angeles River Greenway Trail runs right through it. There’s been an initiative to clean up this section of the riverfront in recent years, and the result is worth the trip. The natural habitat is being slowly restored (hello, frogs!) and there are newly designed parks to spread a picnic. The best part, though, is the handful of venues—a brewery, an alternative music venue, and even a bicycle-themed cafe—that are bringing fresh energy to this forgotten corner of the city.

Stretching 22 miles long, Sunset Boulevard is iconic as it is multifaceted. The historic street runs all the way from Downtown out to the ocean in Pacific Palisades. And, believe it or not, portions of Sunset have a dedicated bike lane. Be warned, though. You’ll want to keep a special eye out for oblivious LA drivers, who, as previously mentioned, aren’t used to sharing the roads with bikers. But when it comes to exploring, biking is a fantastically freeing mode of transport along this important thoroughfare connecting famous landmarks, like Amoeba Records and the Chateau Marmont.

Several times a month, a motley crew of daredevil cyclists gather in East LA for organized, late-night bike rides. Dubbed the Midnight Ridazz (check website for upcoming events), the group formed in 2006 as a way to connect like-minded folks who prefer two wheels to four. As part of the crew, you’ll be traveling on city streets, with some rides lasting up to 40 miles, and including amusing stop-offs at donut shops and other after-hours spots. Though the event’s founders (and much of its core audience) identify as punk, anyone with a working bike and a desire to cruise can show up, making this a fun, informative glimpse into LA’s surprisingly vibrant bike culture.